I have been well known as a man with no secret, which sometimes creates a problem for those who need to keep secrets. In early 1980s, one of my friends Dr Lance Rucker published his novel entitled “No Secret”, which is a detective story based on his 2 week stay with me at HPI Institute in Atami, Japan. When he first brought his novel to a publisher, he turned it down and told Lance “The key character is not realistic.” Later he successfully published it on his own. (Note: No secrets, Lance Rucker. Please see Amazon.com or LanceRucker.com.)

When I was in the Navy, I got the top secret clearance given by the Admiral as a result of meticulous investigation made by false claims of his 2 colleagues. The Admiral gave me the highest commendation, saying to me, “We do not want to waste money that was spent to investigate you.” 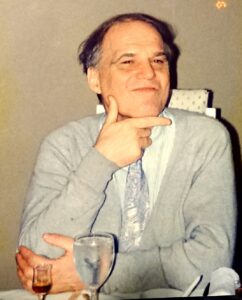